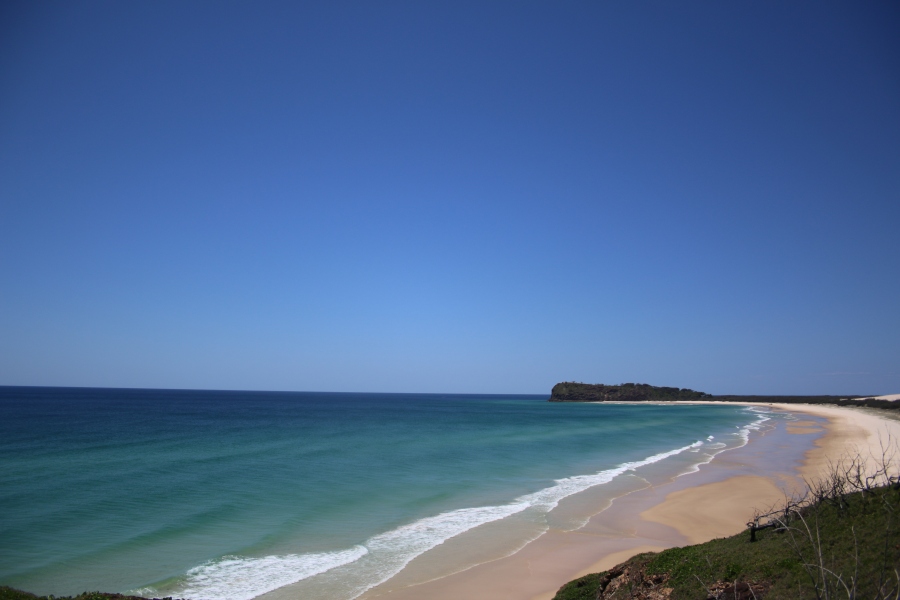 When I was growing up, my parents had a house on Fraser Island at Eurong. As an adult, I camped at Central Station a few times. Our previous trip with children, we stayed at Kingfisher Bay and loved it, but found that it was a bit too far to get across the island. We considered camping and taking our camper trailer, but then Eurong Beach Resort was having a sale where we got a 2-bedroom apartment for $140 a night. We only wanted to go to Fraser for three nights, so with the extra barge fees for taking the trailer, the resort was fairly reasonable.

We had an un-renovated apartment, which meant that it came with fans instead of air conditioning, and didn’t overlook the pool. I knew there was stairs without an elevator, but didn’t realise we were on the third level (ground being the first, so up two flights of stairs). From the look of the apartments, the lower two levels are the studios, and the upper level are the two-bedrooms. The ones by the pool (the renovated ones) looked like they might be different with two-bedrooms lower down.

I was pleasantly surprised by the apartment – it was large, with a big kitchen, huge bedroom, and two good sized bedrooms. The living area had two couches (important for separately grouchy children) and a big TV. Our balcony had a view of the distant ocean (we were at the back of the resort) and most of the resort.

Our second day we decided to head up the island and visit the Maheno, the Champagne Pools and Eli Creek. The last time we were at Fraser two years previously, this was an easy cruise up the beach once we’d reached the eastern side of the island. This time we found the beach a lot bumpier, with a lot more washouts than I remembered. Although we’d timed the trip perfectly with the tides, there still wasn’t a lot of beach.

Our first stop was the Maheno. We could walk most of the way around the Maheno this time which meant that we could get a good look inside at what is left.

Then we headed up the beach to Indian Head and the Champagne Pools. We had no issues with the bypass road (last time we were up here we had to stop and help someone else get free – eventually a National Parks tractor came by and pulled them out easily). 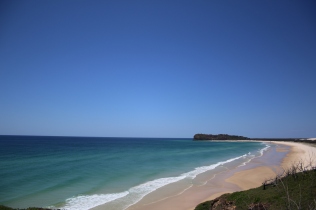 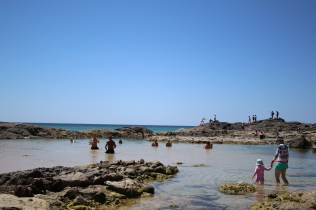 Because our drive up the beach took longer than anticipated, we got to the Champagne Pools at a lower tide than planned – one day we will get there when there is more water in them! We enjoyed it anyway, it was a good place to explore and see the fish in the pools, and go for a swim.

After the Champagne Pools we headed to Eli Creek, and spent an hour walking either up the creek or up the boardwalk (which was very hot on bare feet) and then floating back down. We followed the creek almost to the end, and there was some very intent studying of how leaves float going on.

What we’d change for next time: