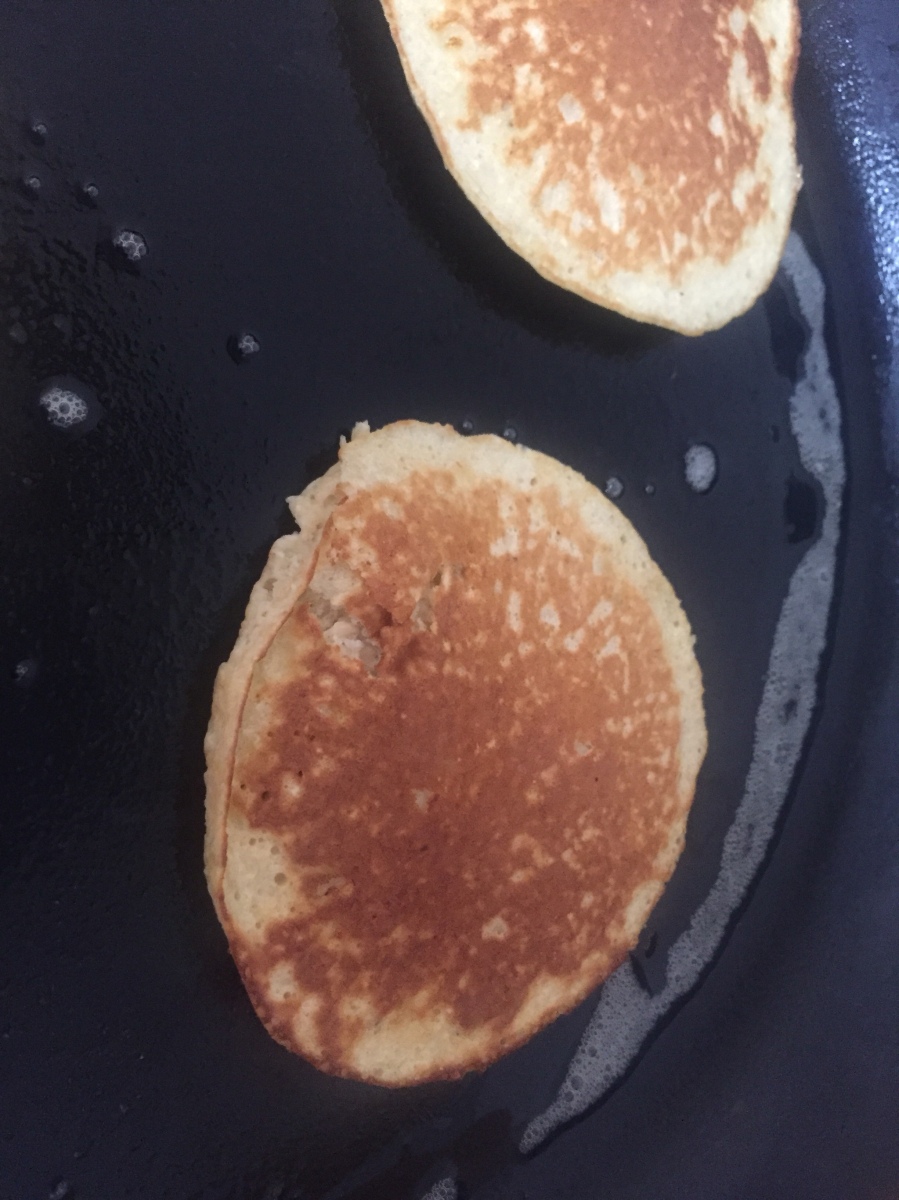 The first time I did the Whole30, I read their thoughts about paleo pancakes. And it came down to, they are sad and not worthy of the name pancakes, so why bother? If you’re going to eat pancakes, do it gloriously and eat the real thing. And looking at the sad almond meal falling apart discs that were pretending to be pancakes, I agreed with them.

Not that this recipe is paleo, actually, because it contains oats. Wholesome Fork Banana Oatmeal Protein Pancakes is the first recipe that I’ve tried of a pancake-approximating thing where I’ve said, “Hey, these are good!” The photo below is a quick one that I snapped on my phone while cooking because I was so impressed with the texture of them.

They’re not pancakes, no – not fluffy enough. But they are enough like the real thing that my children ended up eating them (although I did not actually want them to because they were meant to be all for me). So if you’d like to try a pancake-ish recipe, I’d recommend this one.