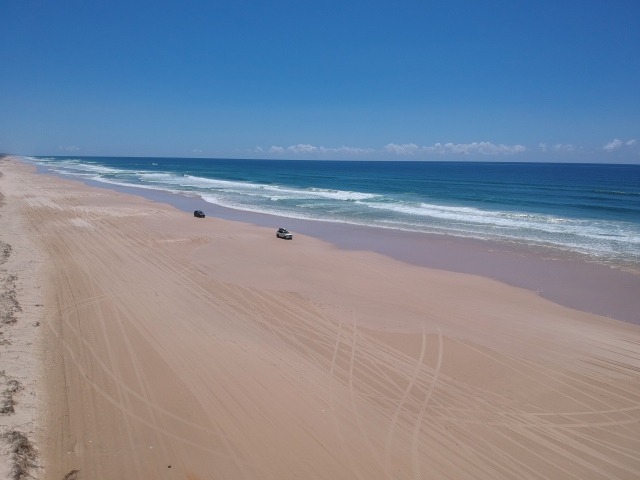 This is a quick round up of what I tried to keep the kids occupied with during the drive up to Fraser Island (K’Gari), what I thought would work and what didn’t work.

First up: ipads combined with these $10 car headrest tablet holders from Kmart. Our oldest has a car seat with speakers build in, so he was set for sound. For the littlest, I went with Snuggly headphones as the last long car trip that we did, she had trouble with using headphones and having them fall off her head. They seemed to work a lot better for her as they fittest her head better, and were more comfortable with her car seat headrest. The ipads were the most successful – using the headrests put them at an angle that was more comfortable for them to use instead of holding them in their laps. I downloaded lots of Netflix shows for them to watch, but a new Lego building app turned out to be the most successful.

Spotify – I downloaded music that we all enjoyed to make sure that we’d have something to listen to. This was nice.

Audiobooks – our library had online entertainment options, so I downloaded quite a few kids audiobooks on to my phone to listen to. We started out listening to the Octonauts audiobooks, which turned out to be simply the audio of the TV shows. That worked well though. We didn’t listen to any others, but I think when they kids are slightly older, this will be a good option.

Colouring in and sticker books with crayons – these mostly were ignored.

Blank notebook with textas – this was a huge success. There was a lot of drawing and writing happening.

Lap trays – I got the Snack n Play lap trays so they would have a stable surface to draw and eat on. They had previously got a lot of use on other trips, but not so much on this one. Maybe because we had the cooler bag between the so they could use that to store things on.

Snacks – so many snacks. If all else fails, get out a snack. We go with packing lunchboxes for stops, and for in the car, there’s snack food that’s a bit of a treat – chocolate drizzled muesli bars, small packets of chips, tiny chocolate bars and apparently blueberries because they kept eating blueberries at an alarming rate.

We stopped halfway for a play at a park and to eat food. Getting out of the car gives us something to look forward to, a chance to eat a proper lunch, and the kids can run around. We used to stop at a fast food place and play in their playground, but that’s gotten harder with my limited eating, so now I try to make sure that I pack us lunch.

Taking car trips is getting easier as time goes on. Soon we might even be brave enough to do a really long one, like a half-lap of Australia!