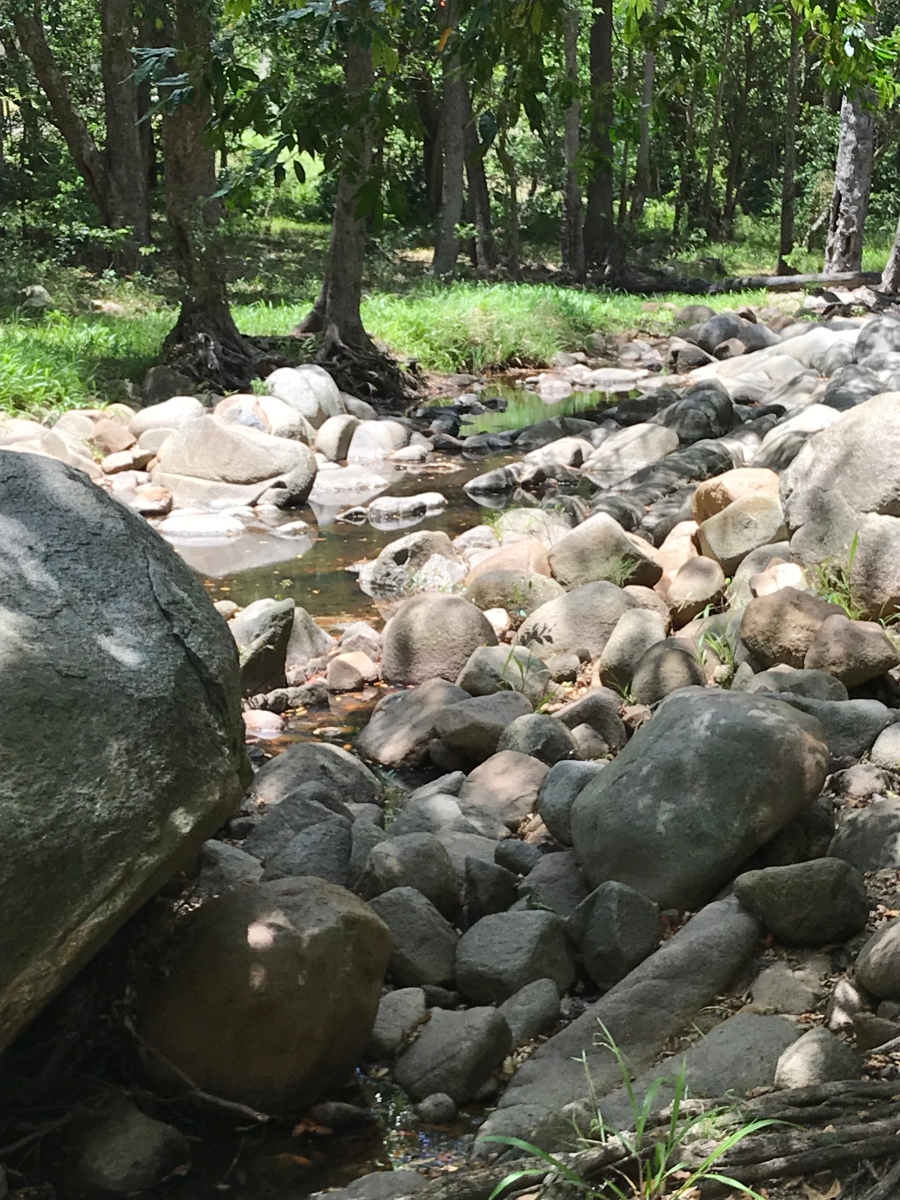 Our latest camping trip was to Sandy Creek Campin’ near Kilcoy.

This was a quiet campsite, even in school holidays. We went with a group of people and there was lots of space for us to camp near each other. We arrived on Saturday, although a lot of our group got there on Friday. On Sunday morning most of the campground except for our group packed up one left. One other group arrived and when we left on Monday,  they then had the campsite all to themselves.

It is a shady campsite, with lots of green grass. The campsite was divided up into some areas with small trees dividing them and screening them off. These areas also had picnic tables and firepits. There were also some wooden swings hung from trees mixed in there too.

The review from the kids was that this campsite was great, but the rocks at the creek hurt when you fell over on them (adults would suggest not jumping from rock to rock in slippery areas then). The creek had low water levels but there was still one spot that was deep enough for swimming, and it was still flowing. There were lots of small fish living in the creek, which made me more confident in the water quality. The small fish would start investigating my legs if I stood too still in the water for too long which was a weird feeling! 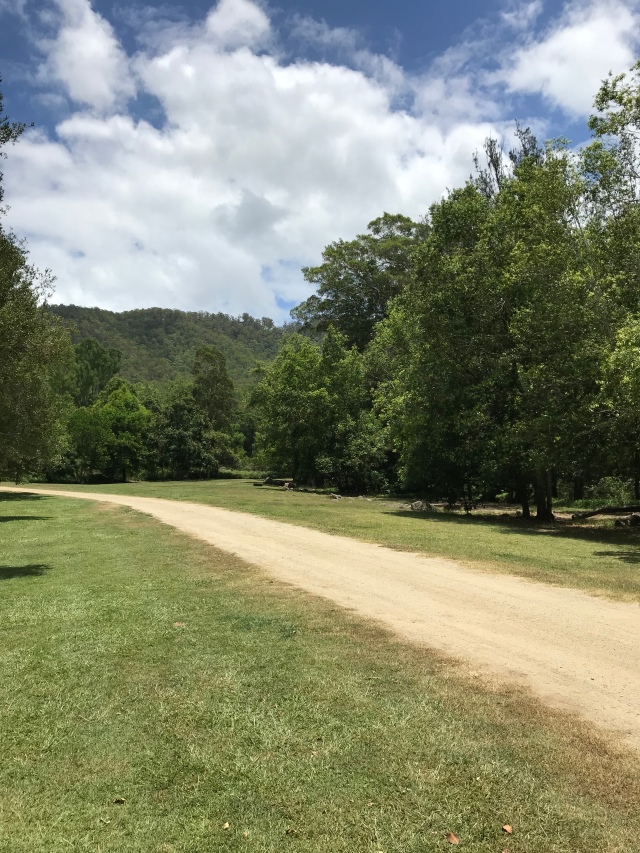 There wasn’t a specific bike track but it was quiet enough that we were comfortable with the kids riding their bikes around the campsite. They also asked that people walk to the amenities, so that kept the vehicle traffic quieter too.

The was one amenities block in the section we were camped in (there were signs for two other sections but they were closed), which had three toilets and three showers on each side (so six of each in total). The hot showers were included in the campsite fee. The water gets heated from 6-8am, and 1-3pm, so hot water is available after those times.

We saw wallabies, king parrots, kookaburras and one goanna. There were more birds that I heard but didn’t identify.

The downsides were that there was no music allowed at any time, and no mobile reception. They said music ban was because of too many complaints. I can see why, but it also would have been nice to have some music playing quietly during the day. I was surprised that there was also no mobile reception – it’s not that far out from Kilcoy, but is tucked away in a valley. It was a 10 minute drive from the front gate before reception kicked in.

Overall it was a nice quiet camp site, good for camping with a group of friends.